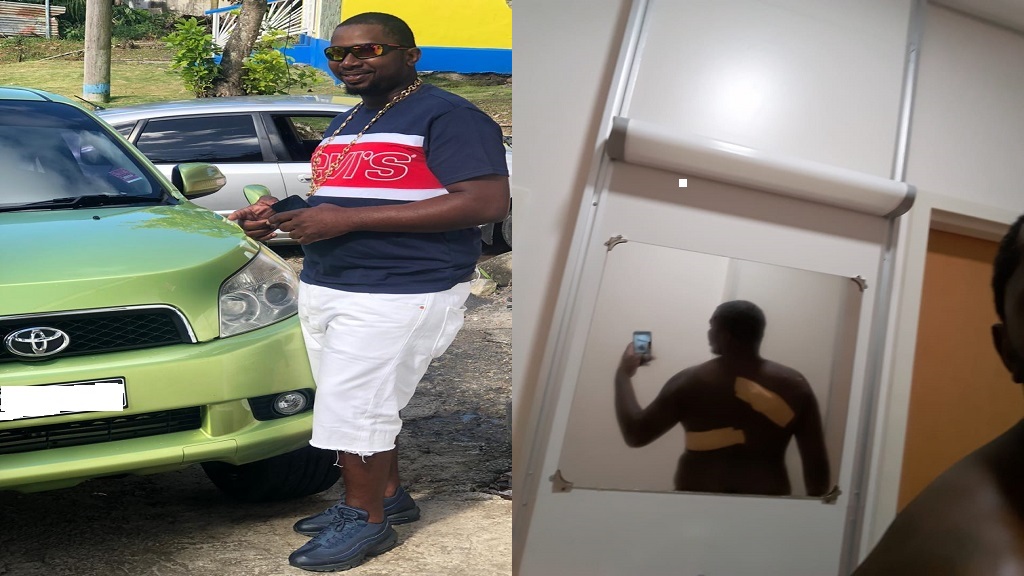 A Vanard man who survived an alleged police shooting is threatening legal action against the officers and the Royal Saint Lucia Police Force (RSLPF).

According to Eric James, he was heading to his residence at Vanard after leaving a friend’s house in Fond Mange, Marigot on Sunday, May 31, 2020, when he was shot by police without cause.

“I was riding my motorbike and was passing by the Marigot Secondary School, just about five minutes away from my home. When I took the bend after the speed bumps before the stretch, I saw a vehicle just swing on my side and by the time I swing on the other side and I passed the vehicle I realized it was police and they just started firing shots at me one time,” James explained.

The motorcyclist says he continued riding and then felt his back was hot, only to come to the realization that he was hit by a bullet.

“I went back to the scene but did not meet any of them there; I met them at the police station in Marigot. I asked them what was the problem and why they opened fire on me, none of them was answering me until one came to me and told me he is the supervisor and for my own safety I need medical attention, so go to the hospital,” James told Loop News Thursday.

He recalled being treated and discharged from the hospital as his injury was not life-threatening.

“On Tuesday I received a call from Major Crimes Unit and we returned to the scene, they took a statement from me as to what happened, they took photographs and measurements of the scene and then took me to the Anse La Raye Police Station to make a report.”

The shooting victim says he wants answers as to why he was fired upon without reason and is considering his legal options.

“I am just waiting to hear what the police is saying on the matter, let me take it from there because to me it is something they will continue doing all the time. If I have to go to court or whatever that is what I will have to do,” James declared.

The  RSLPF confirmed the matter is under investigation.