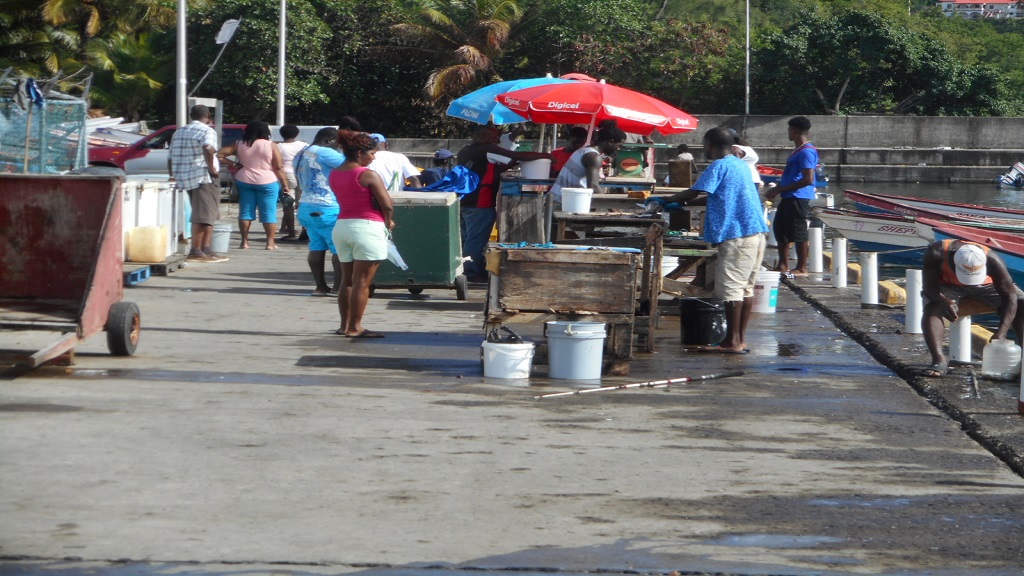 Fisheries of Vieux-Fort who are eligible for the one-time COVID relief grant of EC $500 began receiving it from November 18.

According to the Operations Manager of the Goodwill Fishermen’s Cooperative, Kaygianna Charlery, the distribution of the cash went smoothly, adding that it would continue on November 19.

The income support is an effort on the part of government to provide relief to fisherfolks affected by the COVID-19 pandemic.

Initially, the idea was to provide EC$900 worth of fuel to boat or vessel owners, but after conversions between the fisheries cooperatives and the Ministry of Agriculture, it was realized that it would be more equitable to provide that support to eligible fishers, boat owners and crew. They felt it would impact a larger number of persons and create a greater impact.

According to Charlery, she has a list of almost 300 fishers from the Vieux-Fort and Savannes Bay landing site to distribute cash to.

“They were excited… Most of them were happy government gave them something so at least it can block a hole,” Charlery said.

She said some felt that they were treated like the forgotten sector.

According to Charlery, some fishers were concerned that their names were not on the list for income support.

She said this could be as a result of a number of reasons such as not having a fisher ID card or never having registered as fishers.

A fisherman told Loop News that although he is not totally satisfied with the amount he received, it is better than nothing.

The delay in such support had caused much frustration among Vieux-Fort fishers.