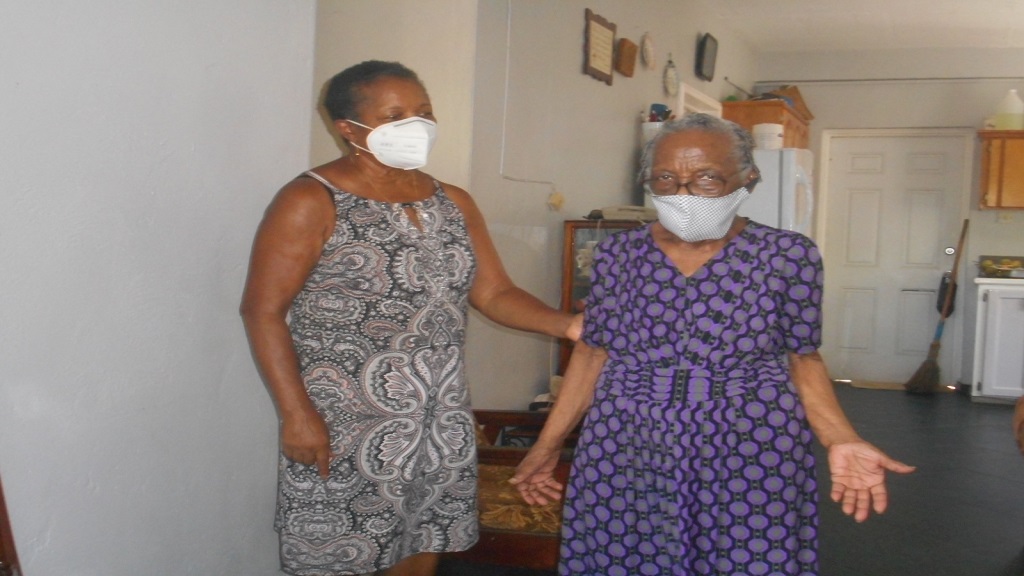 Eat well, take care of yourself, do good deeds and pray daily.

That’s what a centenarian of Vieux-Fort says has contributed to her longevity and what young people should emulate.

Ulita Samuel of Westall Group, Vieux-Fort, celebrated her 100th birthday at her home on Thursday, June 11, 2020.

Born in 1920, Samuel, a mother of seven, affectionally known as Mamy, earned the respect and admiration of residents of Vieux-Fort, where she has lived all her life.

Samuel lives with her daughter Marie Gill, who said she is happy that her mother has reached such a milestone.

Gill described her mother, who spent many years as a seamstress in her younger days, as a hard worker and an energetic individual.

She said despite her age, her mom does many things without the help of others.

“She can eat, bathe and walk by herself without a stick, which she uses occasionally,” Gill told Loop News.

Gill said her mother, who was a lover of quadrille dance, was a churchgoer which contributed to her being the type of person she is today.

According to Gill, her mother's health issues include slight headaches and stomach aches.

Samuel's children, the majority of whom are overseas, gathered on a virtual session, where they sent birthday greetings to their mom and shared pleasant moments.