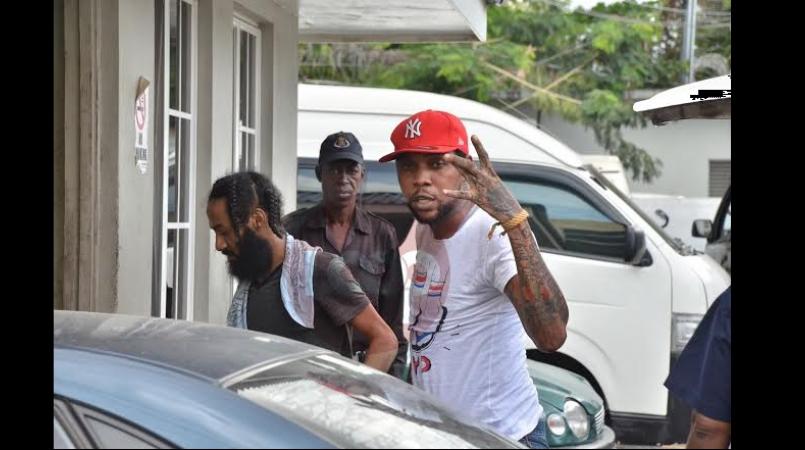 In this Loop News file photo, entertainer Vybz Kartel makes a hand gesture ahead of an appearance in a Corporate Area court.

Legions of Gaza fans are anxiously awaiting the verdict of the Court of Appeal judges who will announce the fate of dancehall star Adidja ‘Vybz Kartel’ Palmer, and his three murder co-convicts on Friday.

“The verdict is to be delivered tomorrow morning at 9am,” attorney Tom Tavares Finson, who led Palmer’s defence team at the trial, told Loop News.

It’s expected to be streamed online.

“I have no idea what the verdict will be, but what I will say is that it has taken almost 10 years for Vybz Kartel to get justice and people wonder why people say the justice system is broken,” Tavares-Finson said.

The Court of Appeal last December had indicated that a ruling would be handed down in short order.

In the meantime, Kartel, also known as 'World Boss', continues to churn out hits, despite being locked up since 2011. A controversial figure and a superstar in his homeland of Jamaica, the artiste remains in the top spot as the most streamed entertainer out of Jamaica. With bona fide hits like ‘Any Weather’, ‘Beat Dem Bad’, featuring Squash, and ‘Like I’m Superman’, Kartel has shown no signs of slowing down.

He, Shawn Campbell, Kahira Jones and Andre St John were convicted in 2014 of the 2011 murder of Clive ‘Lizard’ Williams, an alleged associate of theirs. The four men were all given mandatory life sentences, but the ‘Romping Shop’ artiste, who sought no leniency at the sentencing hearing, was ordered to serve 35 years behind bars before being eligible for parole.

Campbell, Jones, and St John were each ordered to each serve 25 years before they become eligible for parole.