Operation Combat Mission has been hailed as a success by organizers.

The activity, which was hosted by Redemption Ministries, was an initiative to combat crime.

"It's an initiative, an unusual, supernatural warfare initiative against crime and violence in the country," Reverend Benedict Jn Baptiste, better known as Pastor Ben, explained to Loop News.

Audience at the event

According to the religious leader, over the years successive governments have used various means and measures to fight crime including intelligence, up-to-date equipment, CCTV cameras among other initiatives, and thought it fitting to add one more dimension, which is prayer.

"I am not saying that prayer or warfare strategic prayer is the ultimate to solve it. No, I am saying what we have been doing, let us add the spiritual dimension because honestly there has not been any spiritual input in that war against crime and violence."

The island to date has recorded 28 homicides and has seen an increase in serious crimes following the removal of the curfew which was instituted as part of COVID-19 protocols. 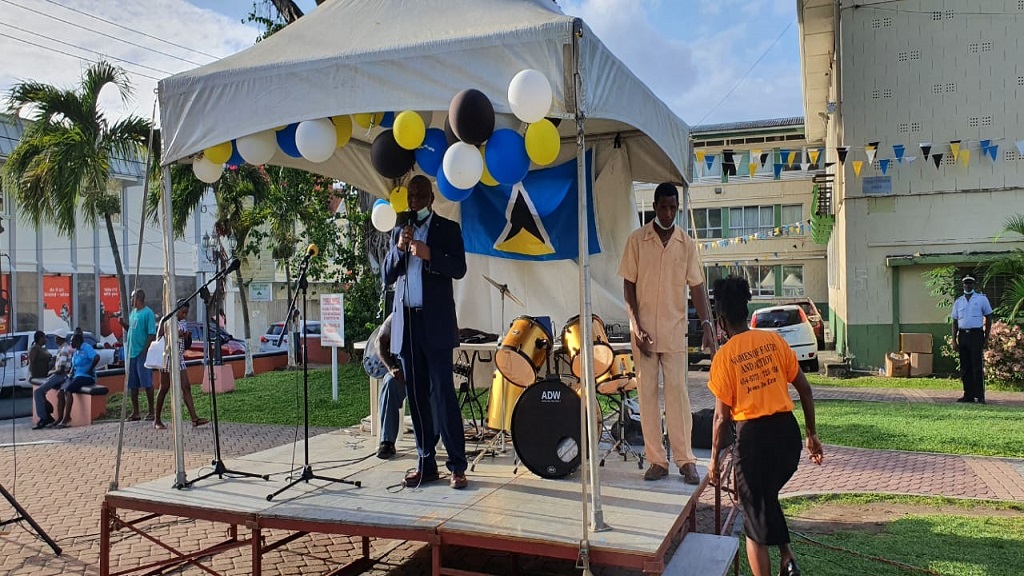 In addition, seven suicides have been recorded, a clear indication of depression.

Pastor Ben believes crime on the island has become extremely concerning and that churches needed to add their voice against crime to give people hope.

"I am hoping that Saint Lucians, especially those in authority, would decide that what Pastor Ben is saying is worth it... let us add a spiritual dimension to fighting crime."

"I believe in prayer and when a religious leader calls for prayers you should go and pray," Mr Henry declared, observing, "There is evil all around, suffering, there are people being led to do other things, we have our challenges as human beings but God has not given up on us and we should not give up on him and continue to seek his guidance when we go through difficulties."

National Day of Prayer in St Lucia on Thursday March 19