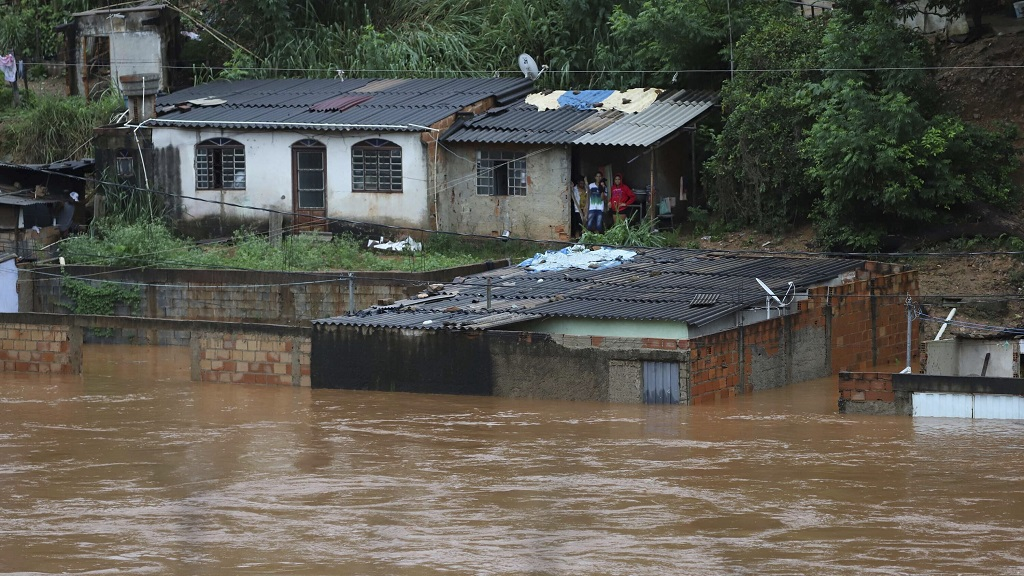 In the state's capital of Belo Horizonte, a metropolitan area home to 6 million people, some neighbourhoods saw 176 millimetres (7 inches) of rain on Tuesday. This is the latest storm in what's been a punishing January for Minas Gerais and neighbouring Espirito Santo and Rio de Janeiro states.

Roadways on Tuesday night turned to gushing rivers, sweeping cars, motorcycles and debris along. A video filmed on a cell phone shows a flooded garage, with water bursting through a doorway while the man recording screams and seeks higher ground. Another video circulating on social media shows the roof of a shopping mall collapsing.

As of Tuesday afternoon, 61 people had died since January 24 due to storms across Espirito Santo and Minas Gerais. Authorities in Minas Gerais had not yet updated fatalities and missing persons on Wednesday morning.

Rains are expected to continue on Wednesday in Minas Gerais, where 101 municipalities have declared a state of emergency.