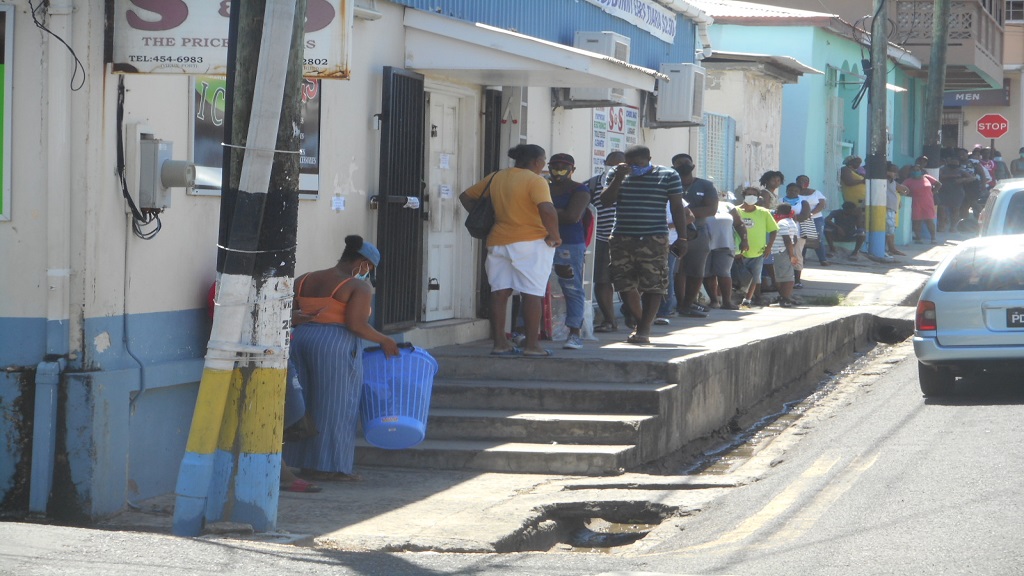 A long line outside S & S in Vieux-Fort

Why would people endure the agony of waiting on a long line in the searing heat just to purchase items at S & S variety store in Vieux-Fort when those items can be bought in other stores in the town?

That’s the question some people are asking after observing that since the popular store was reopened close to a month ago, the lines outside it on most occasions have been long.

Loop News sought to find the answer by interviewing a number of the store’s regular customers and some of those who were recently seen on long lines outside the store.

Their answers were basically the same. They described S & S as a one-stop store for almost everything a home needs. However, they are at variance when it comes to comparing the quality of its items to that of other stores in Vieux-Fort.

Paulita Paul said: “S & S is a one-stop-shop. You can get most of the things you need there.”

She said some of the items she usually purchases at S & S are hair products, kitchen utensils and sanitary products.

Paul said that the quality of the products sold at S & S can be compared with those sold in other stores.

Darcan Charles also described S & S as a one-stop-shop but does not feel its quality can be compared to items sold in some of the other stores in Vieux-Fort.

“Why waste your time walking around town searching for items to buy from several stores when they can all be bought at S & S at a cheaper price than other stores in Vieux-Fort?” Charles asked.

Another said he usually buys a variety of items from S & S but added that he would not purchase electrical items there because he can get better quality elsewhere.

“I usually buy basic items such as soaps, exercise books, combs, kitchen utensils and toiletries from S and S,” he said.

Another customer, who identified herself as Mary, said the quality of items at S and S may not be the best, but she leaves the store with most of the things she needs.

“I don’t have time to go around comparing prices. Basically, the prices at S & S are cheaper than other stores around,” the customer said, adding that it worth the wait outside the store.