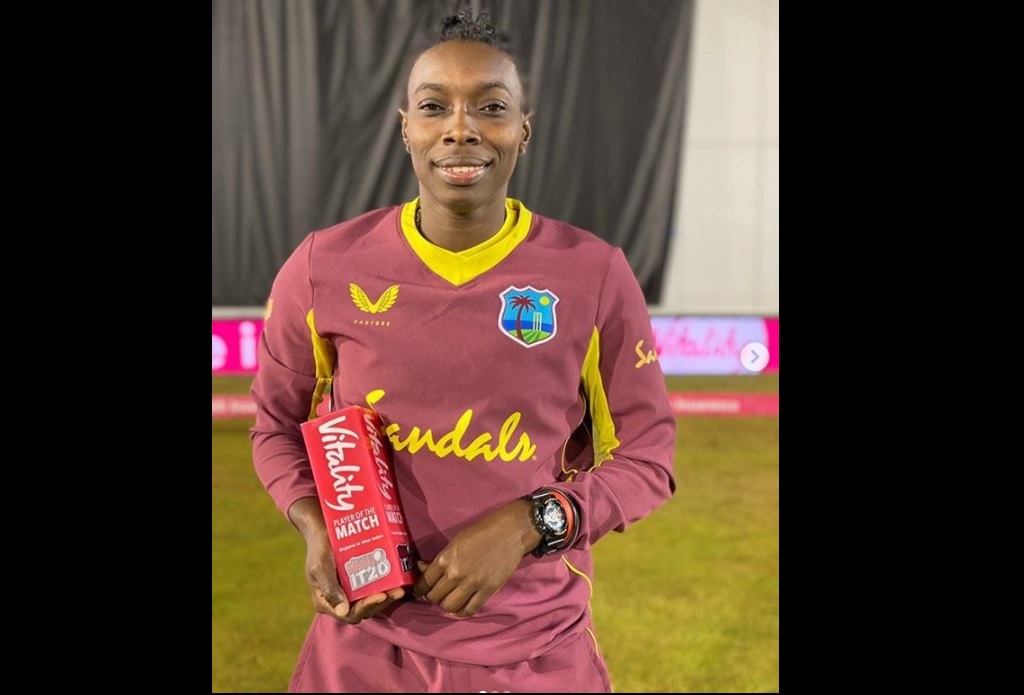 West Indies fast bowler Shamilia Connell ended with career-best figures of three for 14 to take home the Player-of-the-Match award in the fifth and final T20I match against England, in Derby, on Wednesday, September 30, 2020.

West Indies women failed to avoid a Twenty20 series whitewash against England women as the Caribbean side went down by three wickets in a truncated fifth and final match in Derby on Wednesday.

West Indies, sent in to bat,  posted 41 for three from their five overs. Deandra Dottin made 11 off seven balls including an historic six, which was the 100th of her T20I career.  She became the first woman to achieve that milestone.

England replied with 42 for seven after they were struggling at five for two after fast bowler Shamilia Connell removed captain Heather Knight (four) and Amy Jones (0) in the opening over.

Stafanie Taylor-side turned in a much-improved bowling and fielding display, which left England needing seven runs from the final six balls. England, though, had consecutive run-outs to leave the match interestingly poised.  But with England requiring a run a ball to win, Shakera Selman bowled two no-balls in the final over.

First, She bowled a front-foot no-ball, allowing Sophia Dunkley to scramble a single and giving England an extra run, taking the target down to one run from three balls. Then, aiming for a yorker on the free hit, Selman bowled a head-high full toss, handing England a 5-0 series win.

Connell was the best bowler for West Indies. The strongly-built fast bowler ended with career-best figures of three for 14 to take home the Player-of-the-Match award.